Sugar and cancer – the good, the bad and the future

Sugars are one of the most important molecules found in our body. They are vital for our cells to function and for our organs to keep us alive. Sugar, usually in the form known as glucose, is broken down by cells to release the energy they need to survive.

What’s the relationship between sugar and cancer?

Cancer cells churn through sugar molecules at an accelerated rate in order to release the energy they need to grow and divide in a dangerous, erratic way. This “addiction” to glucose is such a defining feature of cancer cells that cancer can be detected through imaging techniques that spot the sugar feeding-frenzy in diseased parts of the body.

But the relationship between sugar and cancer is more complex than you might think. Firstly, it’s not just cancer cells that need glucose to survive – your healthy cells need it too.

And interestingly, there’s also evidence appearing that there might also be a link between sugar and cancer treatment. A point highlighted by research from one of our scientists, Professor Kevin Ryan, who has uncovered a counterintuitive way to disrupt the cancer cells ability to get their energy from glucose – by feeding them another sugar called mannose.

We asked Professor Ryan to break down the facts:

“Mannose is a naturally occurring sugar that is highly related to glucose and we found that mannose could dramatically repress the growth of certain cancer cell types, but not others.

“We found that mannose doesn’t stop glucose getting into tumour cells but interferes with how the glucose is broken down once inside the cell – disrupting how cancer cells generate energy from glucose or use it to manufacture building blocks that the cells use to grow and divide”.

Importantly, the research showed that the size of tumours in mice with cancer were significantly decreased when treated with mannose and chemotherapy, either alone or in combination. While either treatment alone was able to reduce tumour size, the effect was enhanced when both treatments were given in combination.

But what does that mean for treating cancer?

“What we need to see now is if there’s feasibility to use mannose in humans with cancer. We need to know which tumours will respond so we can work out which patients would benefit. So, we need to do more pre-clinical work looking at the effects of mannose on specific cancers before ultimately taking this forward into clinical trials.”

“Although we haven’t done the clinical studies yet to know if mannose is therapeutically beneficial to humans, we could envisage in the future that this sugar could be used to counteract the glucose addiction of tumours. Perhaps with more research we could see mannose given in combination with chemotherapy to somehow boost the effect of standard treatments.”

One other important finding from the team’s study was that mice that had their drinking water supplemented with a high level of mannose seemed to be less likely to develop tumours without having any negative impact on the health of the animals. However, Professor Ryan is quick to dismiss any claim that mannose could ward off cancer in humans:

“Mannose is a normal component of our diet so people may be wondering if consuming foods that are high in mannose might protect them from cancer. This is not the case based on our data. The amount of mannose we consume in our diet is far less than what we used in our study. So far we have only looked at this effect in cells and in mice and we do not yet know how this will translate to people”.

What could the future hold?

As Professor Ryan highlighted – this research is still in the relatively early stages right now. There’s a lot more work to do before we can accurately predict when this research could lead to a usable treatment for patients. But based on current findings, we can certainly see the possibility that in the future we might have a cheap and safe way to slow down cancer growth or even to boost the effects of chemotherapy.

That’s why funding bold research like this is so important – because it’s only by understanding more about cancer that we can find new cures in the future. You can find out more about Professor Ryan’s work on his research project page. 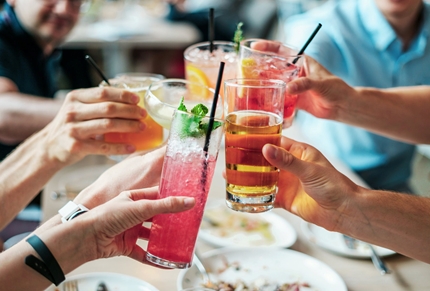 The truth about alcohol and cancer
Read more