Sandy's story - meeting the scientist who saved her life

This is the moving story of a grandmother who meets the man who saved her life - a Worldwide Cancer Research funded scientist, Professor Steve Jackson.

In 1994, Steve Jackson - a young enthusiastic professor at Cambridge - had a problem. His current research funding wouldn’t stretch to allow him to pursue an intriguing result.

Steve needed to find someone who would invest in him. He had heard that the team at Worldwide Cancer Research believe in bright, innovative ideas and that starting new cures around the world will end cancer. So, he put pen to paper, and after weeks of suspense and several rigorous rounds of review by some of the world’s best scientists, a decision was made. Steve’s idea was to be funded.

With the freedom to explore his idea, Steve started studying how certain proteins in our cells fix DNA damage. Steve knew DNA is fragile and can break easily. The repair process - called DNA repair - is essential to keep our cells happy and healthy.

As his idea began to grow, Worldwide Cancer Research awarded Steve funds for an extra three projects. In 1997, Steve had a Eureka moment: “We came to the realisation that DNA repair deficiencies represented an Achilles heel for certain cancers that potentially could be exploited.”

But even with a potential new cancer treatment, no pharmaceutical companies were showing any interest. This left Steve with no other option but to set up a start-up company of his own, called KuDOS.

Little did he know at the time that KuDOS would go on to be the first stepping-stone towards a promising new drug based on his research. And after several years of development, testing and late nights in the lab, Steve and his team landed on a drug called olaparib.

But while Steve and his team were tirelessly working on their new drug, there was someone else in the country receiving some very sad news. Sandy Tansley, an energetic grandmother, was devastated to be diagnosed with advanced ovarian cancer.

Despite her doctor's initial dismissal, Sandy had persisted and later received an emergency referral. She started chemotherapy immediately. Unfortunately, this was just the first round in a gruelling seven-year journey.

The difficult side-effects of chemotherapy took their toll on Sandy and her family. Struggling on, Sandy remembered: “Each time after the cycle was done, they’d give me a scan and there would still be something left [of the cancer]. It was always there; it never went right away.”

Just when she thought she had withstood the worst of it, Sandy received some awful news. After seven years of treatment, her cancer had stopped responding to the chemotherapy and had spread into her stomach.

Sandy waited for the inevitable – to be told that there was nothing more that could be done. Instead, her oncologist said that there was one more thing that they could try.

Back in Cambridge, Steve had realised that KuDOS had neither the money nor the resources to run the type of large, complex clinical trial needed to approve a drug for use in patients. To guarantee a future for olaparib, Steve had decided to sell it, and KuDOS, to AstraZeneca – a global pharmaceutical company.

It was a clinical trial for olaparib that Sandy’s oncologist suggested as one last treatment option. Was this going to be the drug that could give Sandy that little bit more time with her family?

Well, two years on, Sandy felt better. She felt hopeful. For the first time since her diagnosis, her cancer was on the retreat. The cancer in her stomach began to disappear and much to her oncologist's surprise, Sandy suffered very few side effects. Finally, the cancer started to go away.

The success continued, and other patients like Sandy also responded well to the drug. After eight years, olaparib was finally approved in both the EU and US to treat patients with certain types of advanced ovarian cancer.

The way the drug works is fascinating. Cells, healthy or cancerous, need to fix broken DNA to stay alive. Each cell has two proteins: BRCA and PARP. BRCA is often mutated in cancer cells, which leaves the cell reliant on PARP to repair its DNA. That’s where olaparib comes in: it’s a PARP inhibitor, which means it can stop cancerous cells from repairing the DNA. Paired with chemotherapy, the damage to cancerous cells is doubled. This then allows the healthy cells with the intact BRCA protein to suffer only from minimal collateral damage.

Steve said: “It’s wonderful to recognise that if it wasn't for this funding from Worldwide Cancer Research and other organisations…this new drug [olaparib] would never have come into existence.”

“Funds going into Worldwide Cancer Research and other charities will go to cutting edge labs. It will go to people who are very passionate about their science. And it will, through worldwide efforts, give rise to new opportunities that will improve people's lives in the future.”

Treating ovarian cancer, and beyond...

These new opportunities are already taking shape. Olaparib is also being tested in patients with other BRCA mutated cancers, including pancreatic, prostate and breast cancer, with promising results. In the US, olaparib has already been approved for the treatment of these cancers, while a decision of approval is still pending in the UK.

To this day 5,000 women with ovarian cancer have been treated with olaparib. Worldwide, olaparib has been used to treat 30,000 patients with certain ovarian, breast, pancreatic and prostate cancers.

Sandy has now moved to New Zealand with her family and remains completely cancer-free to this day. She said: “I am just the luckiest person in the world. And I can do anything I like. I've been to New Zealand and I’ve seen my family and we travel, and we do everything that we want to do now. By being part of the trial, I feel as if other people are going to benefit from what I’ve gone through. And I just think that’s amazing.”

Watch the moment when Sandy and Steve finally meet: 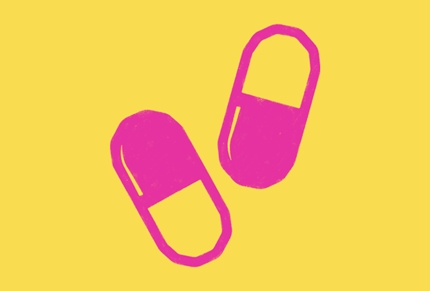