Imagine you’re not feeling quite right. You’ve missed a couple of periods, you’ve been experiencing a lot of bloating and when you went to the doctor after coming back from a family holiday, they put you on a course of treatment for Irritable Bowel Syndrome

What would you do? It would be all too easy to put it to the back of your mind, live with the discomfort, and tell yourself that it’s probably nothing. But mum-of-three Claire, who was in that exact situation in 2016, knew that her body was trying to tell her something – so she went back to her doctor for more tests. Soon after, Claire was given the heart-breaking news that she had ovarian cancer.

“I had just been for the internal scan and before I had even driven all the way home, the doctor told me they needed to see me urgently. I was on my way to do the school run so I said I could come by after, but they told me that I shouldn’t have the children with me. I arranged an appointment for the next morning and then of course spent the whole night thinking about that phone call.”

The next day, Claire’s doctor told her they had found a large tumour on her right ovary and that they needed to act immediately. As Claire was covered by her husband’s private healthcare, she was able to be seen immediately and had surgery that very evening. Her right ovary was completely removed, as was the Fallopian tube. All within 24 hours.

“The tumour weighed six pounds, so it was no wonder I had been feeling bloated! Once I’d had the surgery, I started chemotherapy – and I’m still receiving treatment now. Part of the tumour had attached itself to my bowel and as bowel surgery is very dangerous, they’re keeping an eye on it for now.

The wider impact of a cancer diagnosis

"It was difficult to tell the kids about what was happening, but I knew that I had to be open with them about everything. My daughter was six when I was diagnosed, and my boys were four and eight, so they were old enough to be able to tell if I was hiding something – like why I suddenly had to cut my hair short after having always had long hair.

"I didn’t think that it would affect the kids too badly, but my daughter found it really difficult. She stopped eating properly and she used to get up in the middle of the night to check that I was okay. We later found out that when she’d been playing games on my phone, she’d also been reading my messages to find out what was going on. In the end we knew that we needed someone to help so we got in touch with a wonderful counsellor called Wendy. She really helped my daughter – and the whole family really.

"That’s one thing that I really had to accept when I was going through treatment – that it’s not a weakness to ask for help. The more aware people are of what you’re going through, the more they can help. One day I was feeling really poorly and couldn’t get the kids to school but because the teachers knew what was going on, they just sent people round to collect them.”

Because of Claire’s experience, she's passionate about raising awareness of ovarian cancer and its symptoms. Last year, Claire was one of 60 amazing supporters who ran the Great North Run for Worldwide Cancer Research, raising money to help us find and fund life-saving research all over the world.

“I’ve always gone for runs to clear my head – I had three kids in four years, so it was often my chance to have a bit of me time! I used to get up at 5am just so I could fit a run in. After I was diagnosed, one of the first things I did was go for a run – it just makes me feel like a bit of a weight has been lifted off my shoulders.

"Someone at my husband’s work donated £500 and I also asked people who came to my exercise classes to donate £1 each if they could – I’d never been one to ask for donations, but this is such a good cause.”

Today, four years on from her initial diagnosis, Claire is almost 38. She’s still being monitored and receiving treatment for the tumour remaining on her bowel and she’s also having regular cervical screenings.

But she also feels very grateful that she was treated so quickly, that the treatment has worked, that she had the chance to have her kids first – and that she went back to her doctor for those tests in 2016.

Ovarian cancer is still known as ‘the silent killer’ because the symptoms are so often overlooked. Often people are embarrassed to talk about the symptoms, they ignore them or believe that they are nothing serious.

When diagnosed at its earliest stage, 9 out of 10 women diagnosed with ovarian cancer will survive for five years and longer. Currently however of the 7,470 new cases per year in the UK, only 33% are diagnosed at that early stage.

Raising awareness can save lives

That’s why Claire wanted to share her story with you. Because the more you talk about something, the more aware people are. And that awareness can save lives.

There’s a common misconception that a smear test will screen for ovarian cancer which unfortunately is not the case. The main symptoms to be aware of include:

• Feeling constantly bloated
• A swollen stomach
• Discomfort and/or pain in the stomach or pelvic area
• Feeling full quickly when eating
• Needing to urinate more often than usual
• Back pain, changes of bowel habits and extreme tiredness

These symptoms are very similar to the ones people experience for other less serious disorders, including IBS. If symptoms persist or worsen, you should always speak to your GP – even if you have to make a return visit. 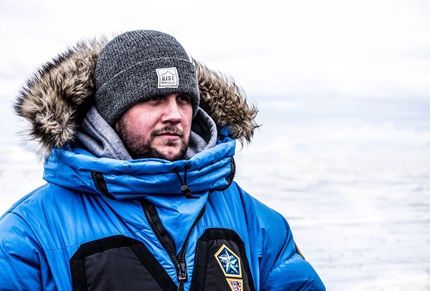 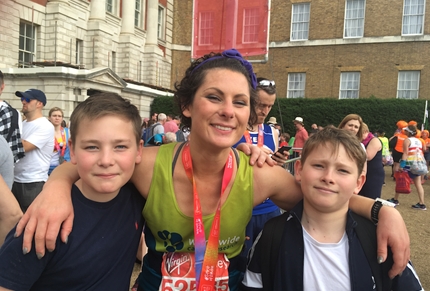