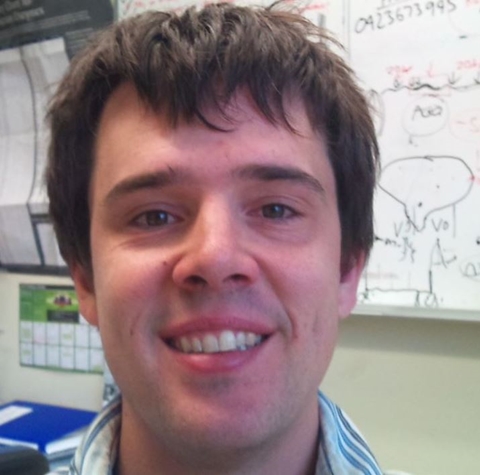 Dr Cameron Bracken aims to kick-start a discovery that could allow cancer to be halted in its tracks by switching precise genes off in cancer.

Dr Cameron Bracken is head of the Gene Regulation Networks Laboratory at the University of South Australia. His expertise in small DNA like molecules called microRNAs are providing new insight into novel ways to treat cancer.

One of the main issues facing cancer treatment is the patient’s development of resistance to drugs over time. To overcome this, many treatment regimens for cancer involve a combination of therapies and drugs.

Dr Cameron Bracken based at the University of South Australia, Adelaide, Australia is taking the first steps towards developing an entirely new combination therapy that aims to hold back progression of cancer. His teams focus is on small pieces of DNA-like material called micro-RNAs, which play an important role in switching off genes. The advantage of using these microRNAs is that they can each control many genes, which they think may make them a more potent block to cancer, and may make it less likely that cancers develop a resistance to therapy over time. They want to identify a combination of micro-RNAs that act in concert to stop the growth and spread of cancer, then use this as a therapeutic tool, delivering the micro-RNAs into cancer cells to prevent disease progression.

MicroRNAs are small molecules that are produced by our cells to help control when and to what extent genes are switched on or off. They are vital for the normal day to day functions of our cells but can also play a role in cancer.