Getting on cancer's nerves: exploring how the tumour's environment helps it grow 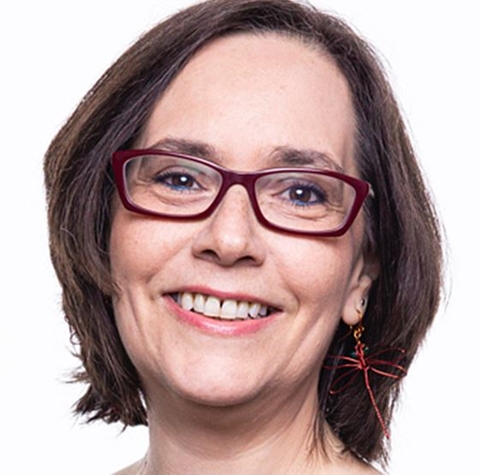 Dr Edna Cukierman and her team aim to better understand how proteins usually found in nerve cells influence the growth of pancreatic cancer. Understanding how its immediate environment influences tumour growth could lead to new treatment approaches in the future.

Born and raised in Mexico City, Edna moved to Israel where she obtained her PhD and met her husband. After their two children were born, the family moved to the US for Edna's postdoctoral training at the NIH. She has been conducting research independently at the Fox Chase Cancer Center since 2002, focusing on the tumour microenvironment. Edna loves board games, solving geeky/brainy puzzles, and Mexican food.

Pancreatic cancer is difficult to diagnose and as a result is often discovered at a later stage of disease. By that time, successful treatment has all but become impossible and less than 1% of people survive their diagnosis for 10 years or more. The immediate environment of the tumour can have a major impact on the prognosis but is not very well understood at this point.

Dr Edna Cukierman wants to change this by studying certain cells that surround pancreatic tumours. These cells – cancer-associated fibroblasts (CAFs) – play an important role in the tumour’s environment. Pancreatic CAFs also contain certain proteins that are usually present in nerve endings. These nerve proteins are overexpressed in CAFs, suggesting that they play an important role in pancreatic cancer. Dr Cukierman and her team are working to uncover how these nerve proteins promote the growth of pancreatic cancer. They hope their results will support the development of new effective treatments for pancreatic cancer in the future.

Worldwide Cancer Research has not just provided me with resources but by funding my research they signalled trust in my research. This renders me with an enormous sense of pride, but also of great responsibility.