Peer pressure: how cancer cells spread and how to stop them 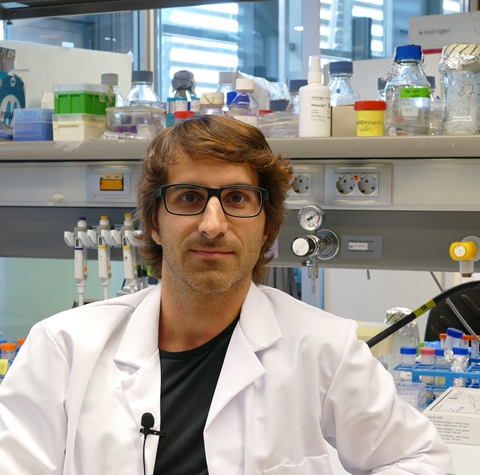 Dr Toni Celia-Terrassa and his team want to understand the transition cancer cells undergo before they spread to other organs and how these transitions affect neighbouring cells. They hope that their work might reveal a mechanism which could be blocked, ultimately stopping metastasis.

Cancer cells escape from the primary tumour site and start growing in other organs in a process called metastasis. A critical mechanism in metastasis is epithelial-to-mesenchymal transition (EMT). During EMT cells undergo changes that allow them to leave their original tumour and spread to other parts of the body. Cells that undergo EMT can kick-off the same process in neighbouring cells. They basically peer pressure close-by cells into joining them on their journey to other organs.

Dr Toni Celia-Terrassa and his team are now studying this peer pressure effect in cell populations. They use a colouring technique which allows them to watch how EMT spreads from cell to cell - like a game of dominoes. Dr Celia-Terrassa hopes that by understanding EMT, researchers might be able to stop the domino effect and thereby the spread of cancer.

Funding basic research is the only way to make giant steps towards the cure of cancer.