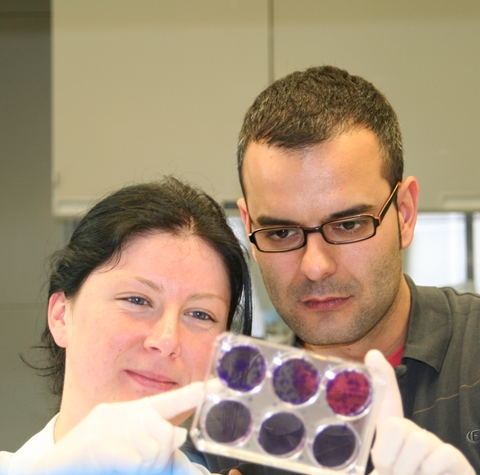 Professor Salvador Aznar-Benitah and his team aim to better understand how certain parts of our diet could help cancer to spread and are trying to target this process for treatment.

Salvador Aznar-Benitah is a group leader at the Institute for Research in Biomedicine in Barcelona. His team are interested in stem cells and the role they play in cancer.

Could your diet play a role in helping cancer to spread? This is the question being tackled by Professor Salvador Aznar-Benitah at the IRB in Barcelona. His team are using funding from Worldwide Cancer Research to understand how fatty acids (fragments of fats or oils) enable cancer cells to colonise other organs in the body once they have spread from the original tumour (a process called metastasis). They are also testing a new treatment that could help clamp down on these cells before they have a chance to spread.

Results from a previous Worldwide Cancer Research grant revealed that metastatic cancer cells stand out from the crowd because they have a particular protein, called CD36, on their surface. It turns out that certain fatty acids react with this protein and increase the metastatic potential of the cancer cell. Professor Aznar-Benitah wants to understand in more detail what the exact mechanism is behind this phenomenon in the hope of developing ways to target it with treatments. His team have developed an experimental drug that can target CD36 and they will be testing this in mouse models of oral cancer, melanoma and breast cancer to see if they can develop an effective drug for further development.