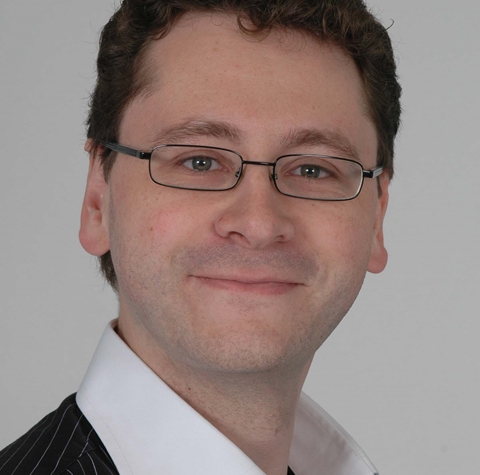 Professor Ed Tate is developing chemical probes to study the activity of specific proteins in prostate, ovarian and pancreatic cancer.

Ed is Professor of Chemical Biology at Imperial College London where he runs a research group bridging the gap between chemistry and biology. Ed also manages a group of researchers at the Francis Crick Institute in London.

The cells in our body produce a group of proteins called Kallikrein-related peptidases, or KLKs for short. It’s known that these proteins play an important role in a variety of biological processes involved in the development and progression of cancer, but researchers currently lack the technology to study KLKs accurately in cancer cells.

Professor Edward Tate, based at Imperial College London, is a chemical biologist who through his career has developed techniques to produce chemical probes to study the activity of proteins within cells. These probes allow scientists to measure how active specific proteins are in cancer cells and use this information to develop new ways to diagnose and treat cancer.

Professor Tate is now developing probes to study the activity of KLKs in prostate, ovarian and pancreatic cancer cells. His team will use their results to identify chemicals that can block KLKs in these cells with the goal to open up new avenues for cancer treatment. They will also test the probes in biological samples from cancer patients to understand if measuring KLKs could be used as a way to more accurately diagnose patients.

Developing tools that researchers can use to study the inner workings of cells is crucial for identifying new ways to treat and diagnose cancer.