Our impact: How our research led to the psychiatric drug lithium being tested as a way to prevent bowel cancer

Research funded by the generosity of people like you has led to a better understanding of how bowel cancer develops and identified a new way to prevent it. The research, led by Professor Louis Vermeulen and his team at Amsterdam UMC, has now resulted in a clinical trial that will aim to repurpose a psychiatric drug as a new preventive cancer treatment in a group of people that – without intervention – are virtually 100% likely to develop bowel cancer in their lifetime.

Cancer development is an evolutionary process in which cells that have acquired mutations that give them a growth advantage outcompete healthy cells. Professor Vermeulen’s lab recently discovered that although mutations that are frequently found in bowel cancer do provide a growth advantage, they are still often replaced by healthy cells. In this way, the body stops the accumulation of too many mutant cells in the bowel to prevent cancer developing. Unfortunately, this process isn’t 100% effective, which is why people still develop bowel cancer.

In 2014, Professor Louis Vermeulen came to us with a brilliant idea: What if they could find a way to boost this natural defence mechanism and help healthy cells to keep the mutant cells under control? With the incredible fundraising efforts of our supporters, we were able to back Professor Vermeulen’s idea and give his lab the tools to carry out his ground-breaking research.

In 2020, over 1.9 million people worldwide were diagnosed with bowel cancer.

From lab to clinic

Thanks to these findings, a clinical trial funded by the Dutch Cancer Society (KWF) testing the effect of lithium of bowel cancer development in individuals with familial adenomatous polyposis (FAP) will now be performed in the Netherlands. FAP is a relatively uncommon genetic syndrome that affects about 1 in 7,000 to 1 in 22,000 people. FAP patients develop hundreds of non-cancerous polyps and adenomas in their bowel. Without treatment nearly all of them will develop bowel cancer between the ages of 35 and 45.

The trial is set to recruit 10 young adult patients with FAP and will observe the patients before, during and after treatment with lithium for a total of 18 months. The researchers will collect evidence on the preventive effect of lithium on mutant stem cells and polyp formation, as well as test the safety profile of lithium. Results of the clinical trial are likely to build the basis for larger trials with more patients. 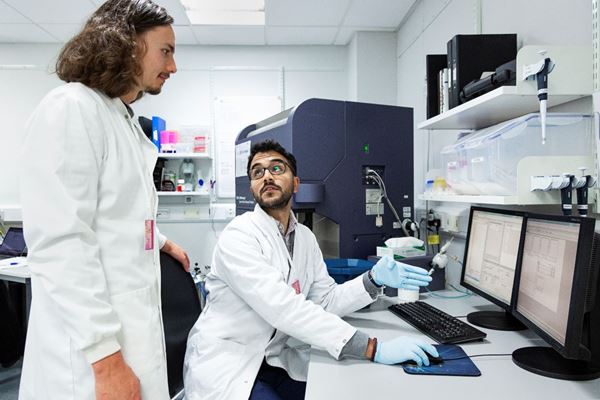 The support from Worldwide Cancer Research was essential and it provided the first insights into how different mutations impact on cell competition in the intestine for various mutations. It really laid to groundwork for these discoveries and without the help of Worldwide Cancer Research we would not have been able to now try and get these important finding to patients.

Bowel cancer – everything you need to know

Here’s a helpful guide to everything you should know about the disease.