Pancreatic cancer is extremely aggressive, lacks effective treatments and often spreads to other important organs, such as the liver or lungs. Conventional chemotherapies only have a limited effect on survival and the cancer often returns quickly after treatment – making it even more important to discover effective new therapies. Worldwide Cancer Research scientist, Dr Patricia Sancho, has now discovered a potential new way to shut down the growth of aggressive pancreatic cancer cells. Dr Sancho's research is co-funded by AECC FC.

The number of people worldwide diagnosed with pancreatic cancer in 2020.

The number of people worldwide who died from pancreatic cancer in 2020.

Less than 8 in 100 people diagnosed with pancreatic cancer will survive for 5 or more years after their diagnosis.

It's a breakthrough that could be the starting point for new targeted treatments for a cancer that has one of the lowest survival rates.

“One of the reasons why pancreatic cancer is so lethal is the existence of a subset of extremely aggressive cells that are responsible for tumour growth, resistance to chemotherapy and metastasis.

In this work, we have seen that these aggressive cells need to recycle their cellular powerhouses, the mitochondria, very often to keep them operative. During the recycling process, one mitochondrion needs to divide into two smaller mitochondria in a process named mitochondrial fission. We have tested a drug that is able to block this process, resulting in the accumulation of very big and damaged mitochondria. After treatment, these highly aggressive cells are not able to grow, move or resist to chemotherapy anymore and most of them die”.

“The most important next step will be the identification of a new drug blocking the same process with the right features for human use.  Once we have tested and validated its efficacy in laboratory models of pancreatic cancer, this drug combined with conventional chemotherapy has the potential to avoid cancer relapse and metastasis, thus increasing the long-term survival chances of pancreatic cancer patients.” – Dr Patricia Sancho 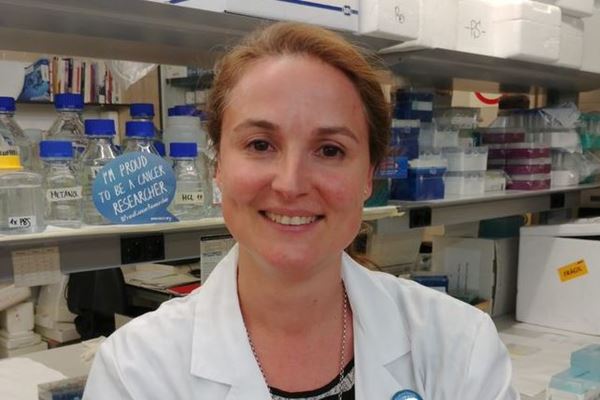 We can only start new cancer cures like this one thanks to the kindness and generosity of our supporters. Will you become a Curestarter and help us fund more research that will unlock new ways to end cancer?

Scientists have made an exciting new discovery that could lead to the start of new clinical trials.