Mesothelioma – also known as “the asbestos lung cancer” – is a rare but deadly type of cancer that is mainly caused by exposure to the industrial chemical asbestos. People who live in places with a long history of heavy industry, such as Clydebank in Scotland, which in 1996 was named the asbestos capital of the UK, are at a much higher risk of developing mesothelioma.

Mesothelioma is a rare type of cancer that develops in the outer lining of the body’s organs. This means that the cells that become cancerous originate in the mesothelial tissue which is there to protect the outer region of our vital organs. Mesothelioma is sometimes referred to as “the asbestos lung cancer” because most cases occur in the lining of the lungs and are caused by exposure to asbestos – a chemical which used to be used in a wide range of building materials.

What is the link between asbestos and mesothelioma cancer?

The first real evidence linking asbestos exposure to the development of mesothelioma emerged in the 1960s and since then it has become well established that asbestos is the main cause for this type of cancer. Studies from around the world looking into the working lives of people with mesothelioma eventually revealed that those working in places with high levels of asbestos were far more likely to develop mesothelioma.

In 1996, Clydebank, a town situated to the West of Glasgow in Scotland, was named the UK’s asbestos capital due to the town’s long history of shipbuilding and other industries which made use of asbestos. At the time, Clydebank was suffering from more mesothelioma deaths than anywhere else in the UK.

This year (2021) is the 25th anniversary since Clydebank was named the asbestos capital of the UK. In July 2021, the UK government published a new report on the state of mesothelioma across the nation. It showed that there were 2,369 mesothelioma deaths in 2019, a small decrease on the average yearly deaths from mesothelioma over the period 2012-2018. However, the report concludes that they expect deaths to continue to decline as less people are alive today that have been exposed to asbestos. 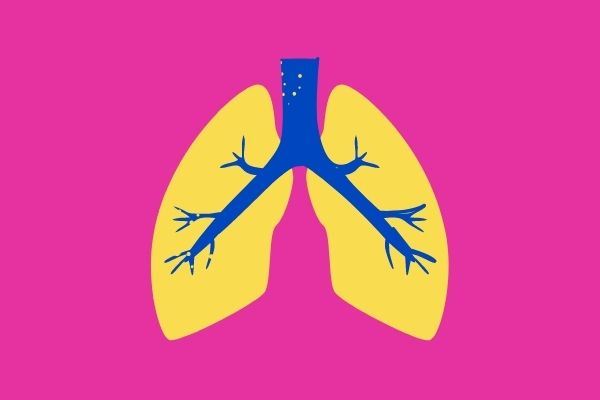 In 2020, it was estimated that over 30,000 people worldwide were diagnosed with mesothelioma.

In 2020, it was estimated that over 26,000 people worldwide died from mesothelioma.

Mesothelioma can be difficult to diagnose

Mesothelioma is a cancer that can be very difficult to detect and diagnose because it has a long latency period. This means that it can take anywhere from 20 to 50 years after a person’s first exposure to asbestos to diagnosis with mesothelioma. Doctors also don’t have accurate ways of detecting or diagnosing mesothelioma early so most cases are caught in the later stages when the cancer is much harder to treat.

As many cases of mesothelioma are diagnosed at a later stage, it is not uncommon to find that the cancer has spread from the lining of the lungs to other parts of the body. Research suggests that the liver and kidney are the most common organs that mesothelioma cancer can spread to. At this stage, treatment can be difficult, and many patients will be given palliative care to manage their symptoms alongside other treatments that aim to slow down the growth of the cancer.

If mesothelioma is detected early enough then there is a much higher chance that a patient will survive the disease for longer and live a healthy life after their diagnosis. Surgery, chemotherapy and radiation therapy can all be used to help eradicate any signs of mesothelioma and help extend the life of people diagnosed with this cancer.

Thanks to the support of people like you, Dr Carsten Hansen at the University of Edinburgh has been busy working out how certain proteins found in mesothelioma cancer cells help them to survive. This set of proteins acts as a communication network in the cancer cells which pass molecular messages around inside the cell telling it to grow and divide. Dr Hansen hopes that their research will discover weak spots in this communication network that could be used to help develop new targeted treatments for mesothelioma. 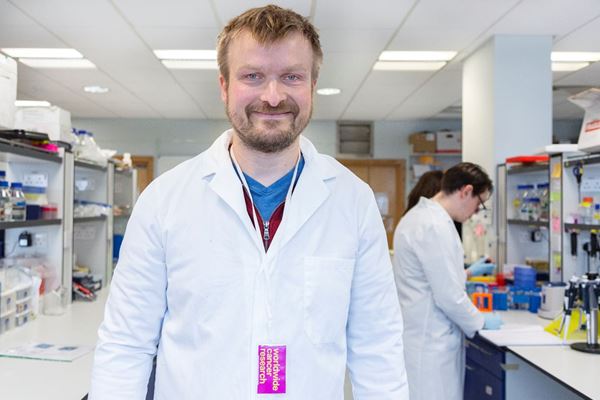 Pancreatic cancer – everything you need to know

Pancreatic cancer is one of the most deadly cancers with less than 1 in 10 people in the UK expected to survive 5 years or more after their diagnosis. Here's everything you need to know about pancreatic cancer.

What do the experts think is the future of cancer research?

The experts give their views on hot topics in cancer: Rare cancers, stopping the spread of cancer, personalised medicine and immunotherapy.

Blood cancer breakthrough could be start for new therapy

Researchers have discovered a way to treat leukaemia by engineering immune cells taken from healthy donors.