Our researchers in Spain have made a discovery that could help protect against diet-induced obesity and its related health issues. The scientists found that by blocking a protein present in fatty tissue of obese mice could provide protection from weight gain caused by a high fat diet. Their findings could have major implications for obesity related diseases such as cancer.

Almost 40% of all adults globally are overweight or obese, and most people now live within countries where being overweight or obese kills more people than being underweight. Obesity is well understood as one of the leading risk factors for cancer development, second only to smoking. In fact, it is estimated that up to half a million cancer cases per year around the world may be caused by obesity.

These findings could have major implications for cancer as obesity and overweight increase the risk of a wide range of cancers. The researchers are now looking at which therapeutic approaches could be used to target CPEB4 in a clinical setting. Obesity is a major risk factor for liver cancer in particular, and so the researchers will also apply their findings to liver cancer as well as cachexia (‘wasting disease’) which accounts for one third of cancer deaths.

Our work has uncovered a whole new chain of events within the fat cells of our bodies that contributes to obesity, and a specific protein within that process, CPEB4, that has great potential as a target for treating obesity. We found that blocking CPEB4 expression in mice that were on a high fat diet protected them against weight gain, inflammation, and it helped to return the microbiome to a healthier state.

Cancer to be world's biggest killer by 2030

Obesity is well-understood as a major risk factor for cancer, and these interesting results can now be taken forward into new projects that explore their potential for reducing obesity and therefore reduce a person’s chance of developing cancer in the first place.

Rates of obesity are continuing to rise around the world, and without effective interventions many are at considerable risk of developing cancer. In fact, cancer is predicted to become the leading cause of death globally by 2030. Thanks to the hard work of researchers like Professors Fernandez and Mendez, we can have hope for new cancer cures, and new ways to prevent cancer, in the future. 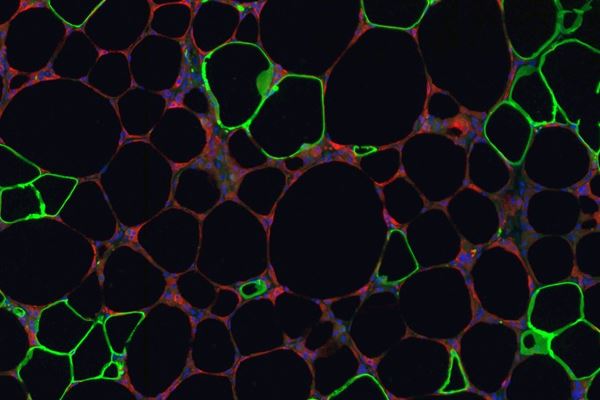 This exciting discovery provides the foundation for a potential way to tackle the growing global obesity problem and opens the door for researchers to make a start on new cancer cures for the future.

What is the link between obesity and cancer?

Research has shown that there are several health risks linked to carrying too much extra weight, including high blood pressure, diabetes and cardiovascular problems.