Can cervical cancer be cured?

Cervical cancer is the 4th most common cancer in women with over 600,000 cases diagnosed worldwide in 2020. However, around the world case numbers have been dropping dramatically. In Scotland, incidence of cervical cancer has plummeted by nearly 15% since 1993. In Australia, researchers predict they’re on track to almost wipe out the disease completely. How has this happened? Could there be a cure for cervical cancer?

And in most cases, the HPV infection isn’t harmful at all and will go away on its own – 90% of people will clear the virus in a short period of time. However, in a small number of people, HPV can linger in their bodies for many years and over time lead to the development of cervical cancer.

Cervical cancer can be prevented with a vaccine

Usually, the idea of a vaccine for cancer would sound farfetched – cancer is the result of the uncontrolled growth of cells, so how could we possibly vaccinate against our own cells? Thanks to years of research, we now know that there are strong links between HPV infection and cervical cancer. That means we have a target for vaccines!

How cervical cancer is diagnosed early

While some of the symptoms of cervical cancer are easier to recognise as a problem, others can seem like normal symptoms of the menstrual cycle, or other conditions such as fibroids or endometriosis. This can make it hard to spot cervical cancer at an early stage if going off symptoms alone. We also know that it is a relatively slow-growing cancer – it can take 5-20 years to develop, but catching cervical cancer early gives the best chance of successful treatment.

Many countries around the world have introduced regular screening for cervical cancer with the hope of improving treatment outcomes for patients. After a certain age, anyone with a cervix may be invited for an appointment to check for the earliest signs of cervical cancer, such as the appearance of abnormal cells. If signs of early cancer or precancerous cells are found, treatments are far less complicated and much more likely to succeed compared to if the cancer had gone unnoticed and developed much further.

Graph shows crude rate of cervical cancer in Scotland from 1993 to 2019. Data from Public Health Scotland.

Vaccines and screening are a cure for cervical cancer

In 2007, Australia rolled out a national HPV vaccination programme to complement the cervical cancer screening programme that was launched in the 1990s. By 2016, the rate of cervical cancer had plummeted to 7.3 cases per 100,000 women each year, about half the global average.

Scotland followed suit in 2008 when it started a free HPV vaccination programme aimed at schoolgirls from the ages of 11 to 13. The uptake has been impressive - roughly 90% of eligible pupils received the vaccine, known as Gardasil, and the effect has been as impressive as the one seen in Australia.

Free HPV vaccinations are now offered to every S1 pupil in Scotland, meaning both boys and girls can benefit from protection against HPV-caused cancers.

It’s exciting news, and there have been some incredibly promising results, but there’s still work to be done. While cases in younger age groups that received the vaccine have dropped, many people were not able to benefit and continue to be diagnosed with cervical cancer – six women are still diagnosed every week. Although rare, there are also cervical cancers not caused by HPV and therefore not covered by the vaccine.

This means it remains important to look for new cures for cervical cancer by funding innovative research around the globe and improve treatment options for patients.

Sign up to our newsletter and stay up to date with the latest breakthroughs, news and views about cancer. 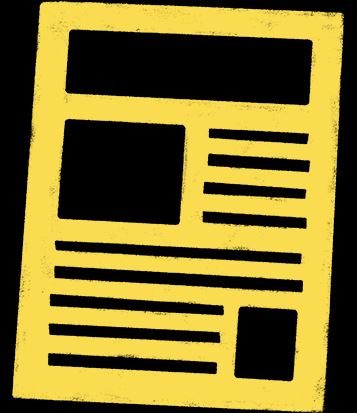 Will a vegan diet stop me getting cancer?

It’s easy to indulge over the holidays and, now that the new year has rolled in, you’re thinking that now might be the right time to make a change to the way you eat. You may even be taking part in Veganuary or thinking of cutting meat out permanently. We explain what this could mean for your risk of getting cancer.

2021 has been a fantastic year for science with the rollout of the coronavirus vaccine happening at an unprecedented speed thanks to the hard work of people around the world. And all through this turbulent time, cancer researchers have been hard at work too. Here’s the 12 big cancer research breakthroughs made by our scientists in 2021.

What do the experts think is the future of cancer research?

The experts give their views on hot topics in cancer: Rare cancers, stopping the spread of cancer, personalised medicine and immunotherapy.