Anne's daughter Cathrin was just 34 when she was diagnosed with aggressive breast cancer. Devastatingly, treatment couldn't stop the cancer from spreading to Cathrin's brain, and she passed away in May 2020. This was in the middle of lockdown restrictions that made an incredibly difficult time so much worse for her loved ones.

"I still cry every day for the loss of Cathrin. She was my first-born child, and it’s like losing a huge part of myself."

You always hear people say that “you don’t die of breast cancer – you live with it” but sadly that just isn’t true. It’s not just one cancer with good survival rates, there are much more aggressive types of breast cancer too – like the HER2+ breast cancer that Cathrin was diagnosed with.

From day one, she only had a slim chance.

As soon as Cathrin noticed a lump in her armpit she went straight to the doctors and she was diagnosed soon after. She started chemotherapy straightaway, but within weeks the tumour had already doubled in size, so she had to have a mastectomy just ten days later.

This was followed by more gruelling chemotherapy and radiotherapy – but nothing worked. The cancer spread to her lungs and then her adrenal glands. At this point, she was offered a new drug as part of a clinical trial. For ten months, it seemed to be working. It was wonderful - we felt so hopeful that this was the turning point. But then Cathrin experienced a sudden onset of awful new symptoms when she lost power in her left arm. We desperately hoped that it was just a side effect of the strong trial drug she was on. You tell yourself that it will be fine and to keep going, but we knew that something was wrong.

In 2019 we received the awful news that whilst the clinical trial drug had been working on the cancer in Cathrin’s chest, it had already spread to her brain. There was no stopping it.

Will you give £24 to fund an hour of research, or a special gift of your own, so that one day nobody will have to face the heartbreak of losing a loved one to cancer?

Cathrin was so frightened. That was one of the worst things about the cancer. It didn’t just affect her body – it did huge psychological damage too. She’d ask over and over again what the survival rates were, and she always put on a brave face, but I knew she felt so afraid and powerless. I think that was the worst part for all of us.

She was incredibly driven and intelligent – and hilariously funny. She was a devoted wife and mother, a loving daughter and sibling and an incredible friend to so many. She had such a strong personality and it was so difficult to watch her lose that as time went on.

It was three years into the whole journey when we knew for sure that we were out of options. Cathrin had three tumours in her brain and neither surgery nor radiotherapy worked. And that was all that was available – it's shocking how few treatments there are available to treat cancer when it has spread to the brain.

By this point, Cathrin’s health had declined so much – her quality of life was just dreadful. She never recovered the use of her arm and then she lost the sight in her left eye and the power in her left leg.

"Her final appointment was on the 23rd of March 2020, which is when we were told that we were out of options. The cancer was terminal and palliative care was all that was left."

Being right at the beginning of lockdown added another layer of hell. It would have been an awful time regardless, but the restrictions made everything so much worse. It felt like we were abandoned – that Cathrin was just left to slip through the net.

She was admitted to a hospice three weeks later because she was deteriorating so much. We told her she was just going in for an assessment because she was so distressed, but we knew that we would be saying goodbye.

Because of lockdown, only her sister and I were able to be in the room with Cathrin. There was no contact between the medical staff and the family, and her husband, dad and brothers weren’t able to visit – they could only come up to the patio door.

My bubbly, bright, beautiful daughter passed away on the 7th of May 2020. It felt like I lost a part of myself - I’ve cried every day since. We were only able to have a small funeral, just 20 people at the graveside and no wake afterwards, no opportunity to share memories and grieve together.

We still haven’t been able to come together as a family. I’ve desperately needed people around, and it just hasn’t been possible, so milestones like birthdays, Christmas and Mother’s Day have been unbearable. The whole year has felt so raw - I used to love hearing Cathrin’s laughter, and I remember the first time that I realised how long it had been since I had heard her laugh. It’s been the most terrifying, lonely period of my life.

People don’t know what to do or say when you go through something like this but supporting cancer research gives everyone something they can do to help.

Last year a friend of Cathrin’s suggested that we get in touch with Worldwide Cancer Research – that's when we found out that right now, they’re funding a project in Spain, led by Dr Valiente, that is specifically researching better treatments for cancers that have spread to the brain.

It’s exactly the kind of research that might have been able to help Cathrin, and it’s so important that people continue to donate to cancer research so that projects like this one can continue. Being able to support Worldwide Cancer Research this year has given me a glimmer of hope for the future – that researchers will continue to make breakthroughs that will lead to desperately needed new treatment options. 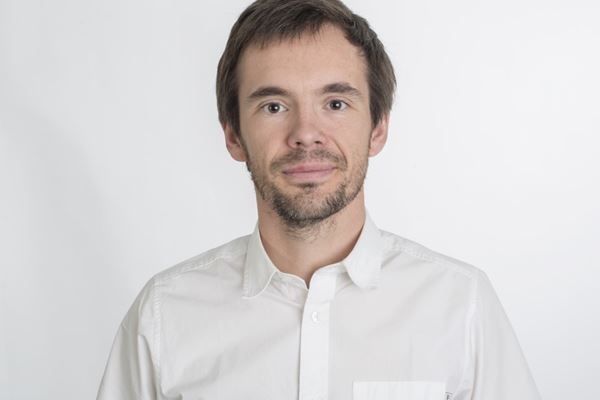 "I implore people to give what they can to cancer research because it’s the only thing that will end cancer and stop more families like mine from experiencing the pain and devastation that we’ve felt."

Will you become a Curestarter today and give hope to families like Anne’s that one day, nobody else will have to lose a loved one to cancer? 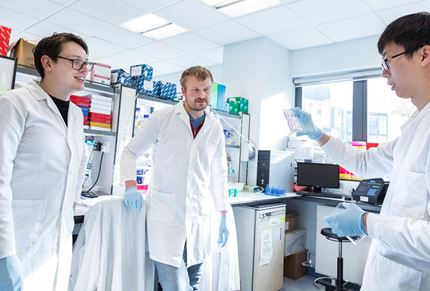 What do the experts think is the future of cancer research?
Read more
I will never have another friend like Cathrin but I take comfort from the privilege of having had her in my life
Read more