Plugging the gap in the ”guardian of the genome” 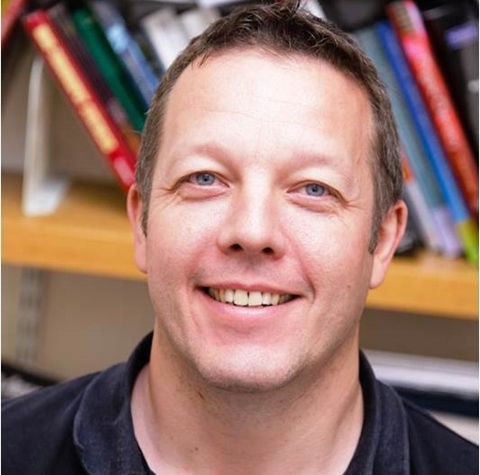 Professor John Spencer wants to drive a drug discovery program that aims to develop a new cancer drug that re-activates "the guardian of the genome" and causes cancer cells to die.

John Spencer is a Professor of Bioorganic Chemistry at the University of Sussex. His lab posts regularly on twitter: @Jspencerlab.

Professor Spencer's new drug targets a fault in a protein called p53 that is found in around 100,000 new cancer cases each year. This means the drug has the potential to treat up to 100,000 people that are diagnosed with cancer every year.

Using previous funding from Worldwide Cancer Research, Professor Spencer and his team developed a library of chemical compounds that were able to switch p53 back on in cancer cells that carried a specific faulty version of the protein. This fault is like a missing brick in a wall causing it to become unstable. This "gap" in the protein causes it to break down before it has chance to activate apoptosis. The compounds the lab created "plug the gap" in the faulty p53 protein and stabilise it, allowing normal function to be resumed.

The team now want to identify the compounds from their library that are the most likely to succeed in becoming a new cancer drug. They will run tests on the toxicity of the drugs to help make sure that negative side effects are reduced, they will test the selectivity of the drugs to ensure that the ones they pick are targeted towards cancer cells with the faulty p53 and won't harm normal cells, and they will find ways to improve the chemical structure of the drugs so that they can be as effective as possible. Ultimately, this research could lay the foundations towards the future development of a brand new drug capable of targeting a wide range of cancers.

In the future, a patient could be screened to see if their tumour carries this faulty version of p53 and then given a stabilising drug alongside standard chemotherapy. We're taking the first step and our initial hope is to generate a compound that could then be developed further.